Ford Model T is probably the most credited car, known for making an automotive revoution and becoming the first really mass-produced car. Quite same goal is set by Tesla – the company aims to make the electric car a widely used mean of transportation. Visual Capitalist found even more correlations between two eras and products.

Ford Model T had been created in late 1908 in order to reach unbelievable for that time rates of production. And the company achieved that – in 1920s Model T’s production rate volumed around 1 million cars annually.

Believe it or not, but Tesla almost repeats the Ford Model T’s production statistics. Simply take a look at the chart below. However, Tesla tries to reach 500,000 of annually produced units a few years earlier with Model 3 aimed to be a main driver of this rocket-like increase. Thus, 2017 and 2018 should be very important years for Tesla and their big goal. 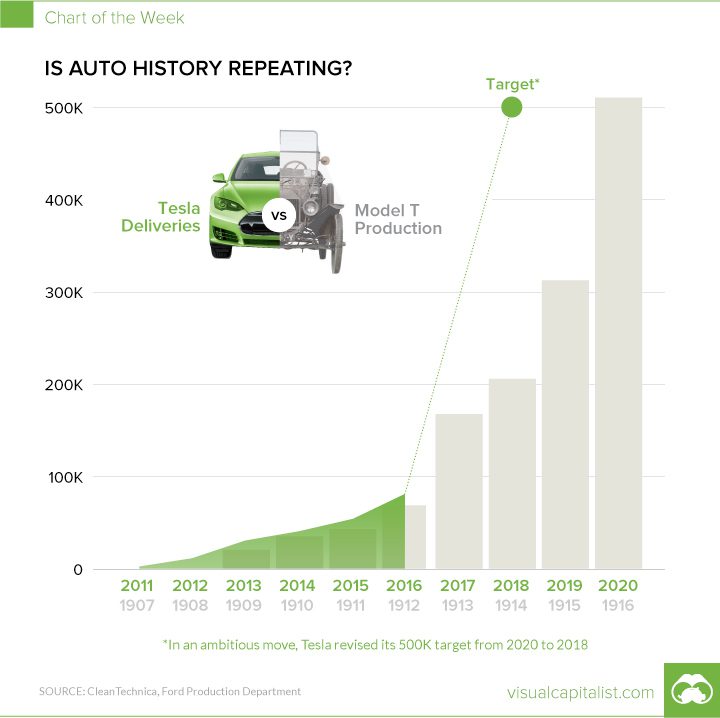