Last week Volvo launched XC40 T5 Twin Engine – the plug-in hybrid version of an award-winning compact SUV. This car made Volvo the first automaker with its each model having the electrified version. 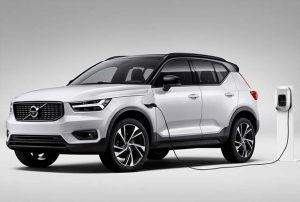 XC40T5 Twin Engine is equipped with 1.5 liter 3-cylinder petrol engine producing 180 hp, and a 82 hp electric motor, which combined makes it the most powerful XC40.

The electric motor is powered via a small 10.7 kWh battery pack that is enough to cover about 47 km (29 miles) on electric power only. This may be enough for urban commutes, thus making XC40 to be electric majority of the time.