Elon Musk had just confirmed in his Twitter that the upcoming Tesla firmware upgrade would increase the P100D modification performance. In Ludicrous mode Model S should accelerate to 60 mph in 2.4 seconds, while Model X would do that in 2.8 sec. 1/4 mile time is also going to be improved – for instance, Model S P100D will take 10.6 seconds (though the best time today is 10.76).

Actually – and this is really important – we are talking about improving the car’s performance via the remote software upgrade, which will not require any action or payment from existing P100D owners – their cars will just become a little faster one day. Expectedly, this would come out of 8.1 firmware release planned on December 2016.

Inspired by the upcoming upgrade, Bloomberg made an appealing chart, comparing world’s famous supercars with Model S and Model X in terms of price and 0-60 dynamics (Tesla modification are represented by red): 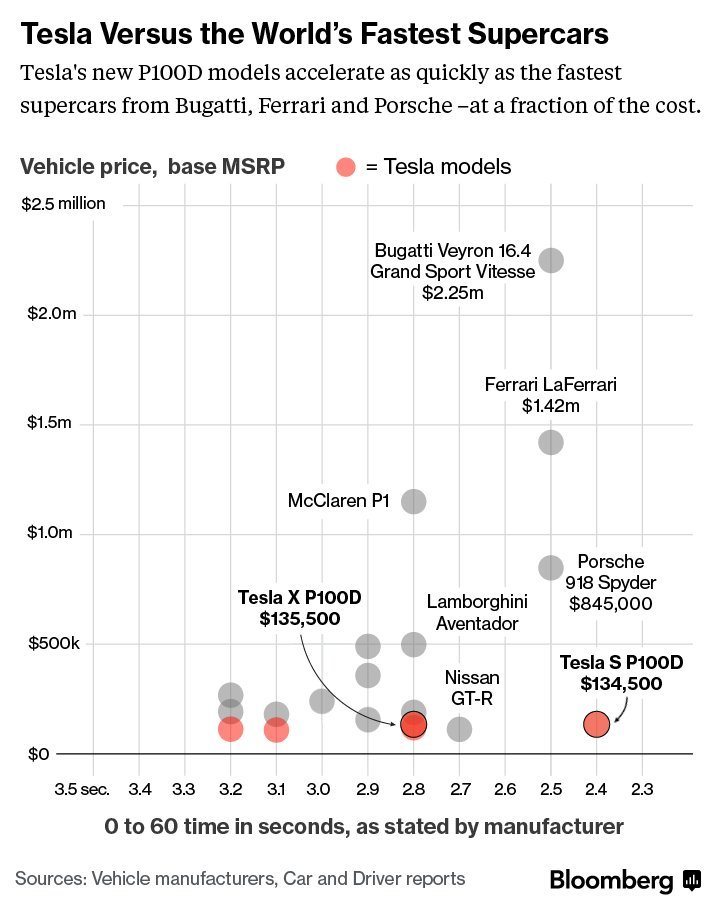