One of the first Tesla pickup mentions was made about 2 years ago at the Semi truck unveiling event. Afterwards, Elon Musk made several teasing notes about the truck, saying that its design is inspired by the ‘Bladerunner’ movie. Finally, it seems that the actual Tesla truck is quite close to what was said. 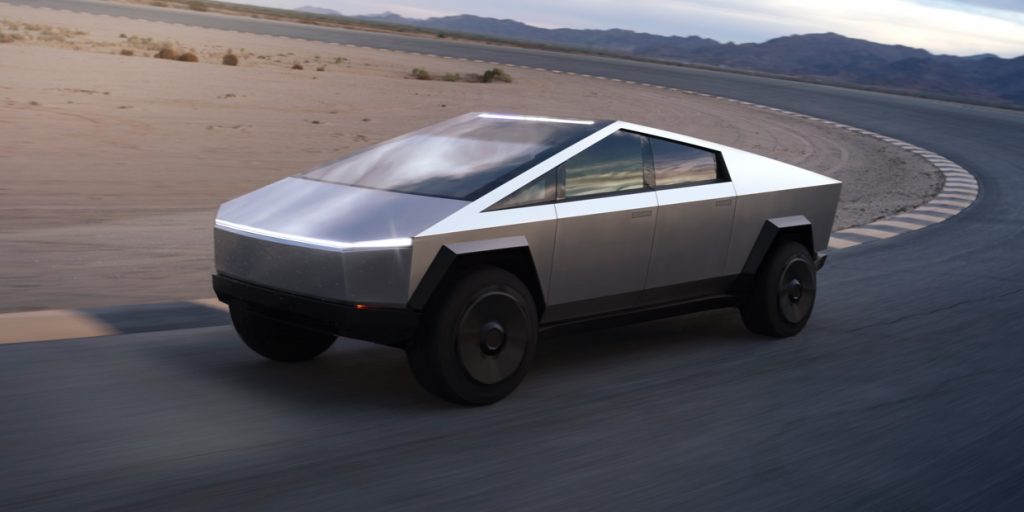 During the unveiling event Musk said that all other pickup trucks look almost the same. That’s why Tesla aimed at making something absolutely different. As you may see, the vehicle’s lines look simple and clean, though the car itself looks much more futuristic than some concepts from other automakers that will never make it to production – total cyberpunk look!

The CYBRTRCK body structure is a thing that deserves much attention. Made as the exoskeleton structure, the body parts features Ultra-Hard 30X Cold-Rolled stainless-steel panels – during the presentation Franz von Holtzhausen smashed them with a huge hammer, leaving no single scratch. Tesla claims it may deal with a 9mm gun shot. Moreover, the CYBRTRCK may be equipped with Tesla Armor glass that was previously showcased at the Semi truck unveiling. 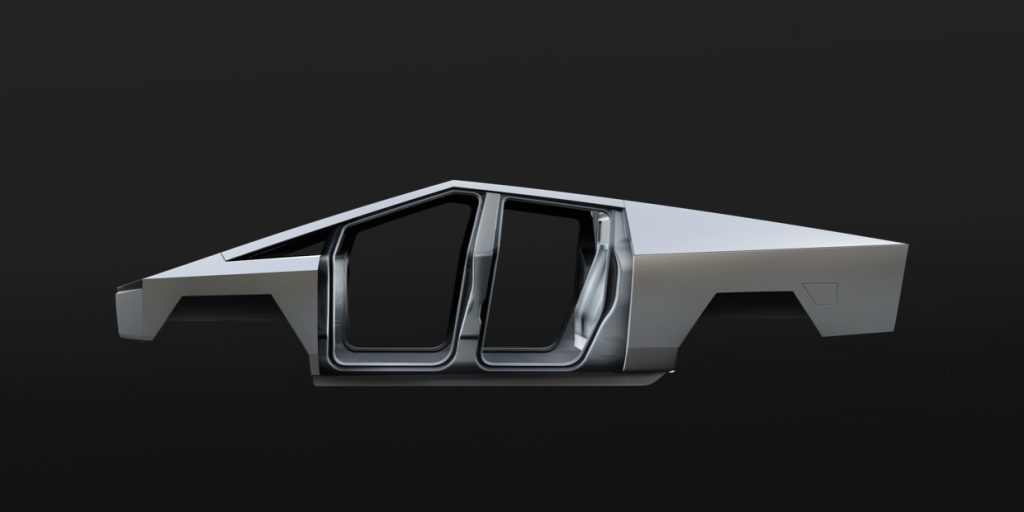 Why does anyone may need such durable structure? Well, pickup trucks are the real ‘workhorses’, being used at the most severe conditions one can imagine. CYBRTRCK’s body is resistant to any scratches and dents. Finally, Musk hinted this to be the “official truck on Mars”, whatever it may mean.

Tesla pickup has a lot to show on the road. The most powerful version will be able to make 0-60 mph in 2.9 seconds, while having the 14000 lbs towing capacity. 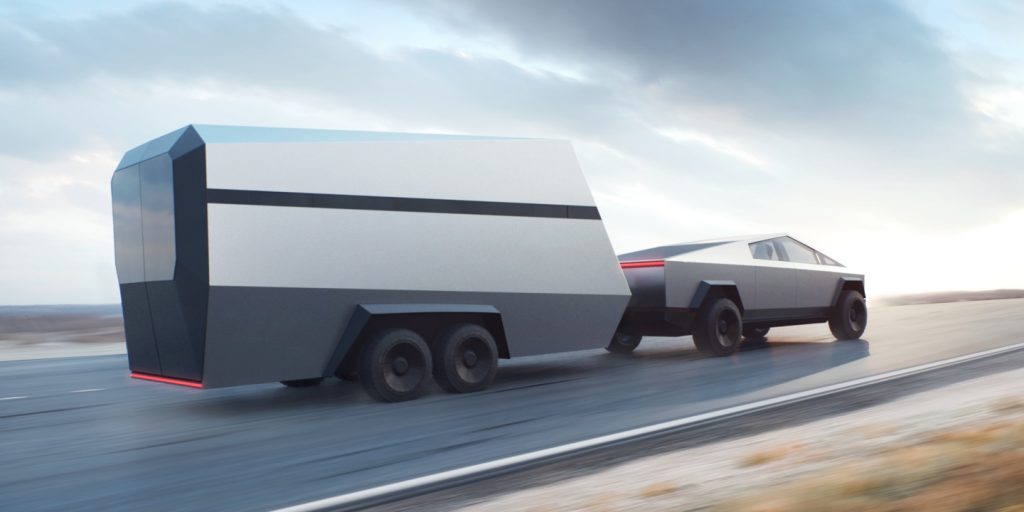 There would be three CYBRTRCK trims available:

CYBRTRCK is equipped with air suspension, capable of adjusting the ride height. The vehicle goes lower on high speeds, or goes up to 16 inches. Also, it may adjust the rear height to optimize the cargo load. 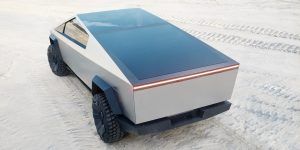 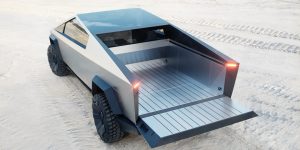 And one note about the cargo capacity: CYBRTRCK interior may take up to 6 passengers onboard, and its vault is 6.5 ft long.

Tesla unveilings rarely ends without the ‘One more thing’ section. This time it was the stunning electric Cyberquad ATV. There is no technical data and specs yet, though, it perfectly showcased the CYBRTRCK cargo capabilities, perfectly fitting on its bed. By the way, Musk claimed the ATV is charging when placed on the cargo platform. 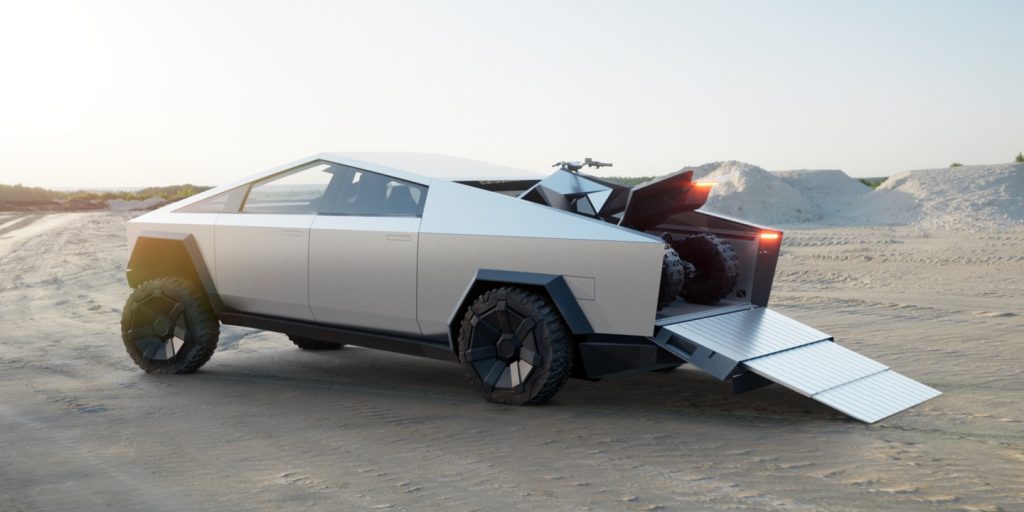 Tesla CYBRTRCK cheaper versions are expected to enter production in late 2021. Then, the triple motor trim should follow, expected by the end of 2022. Tesla is already collectring the preorders at tesla.com 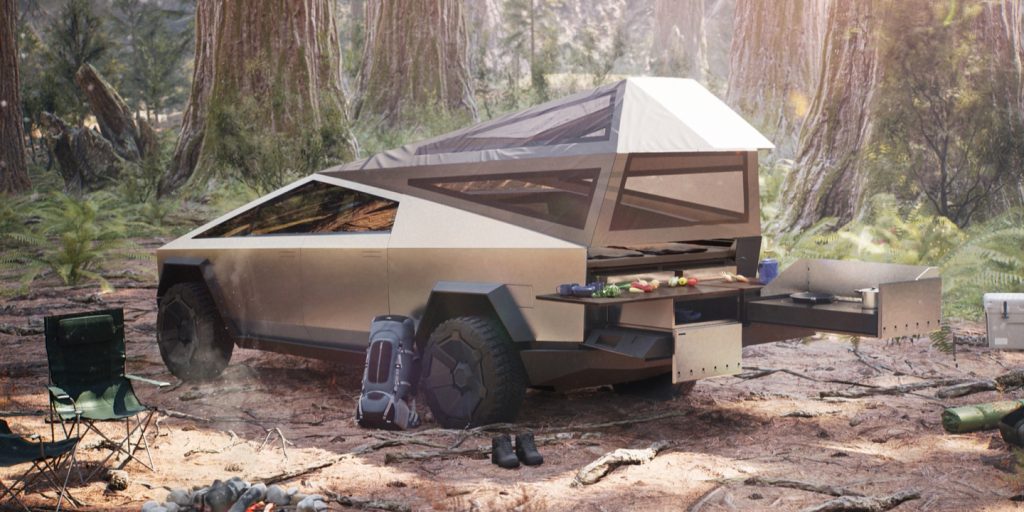