A new modifications of Tesla pair of models is now available – and while the Model S P100D became the quickest production vehicle, 100D modification is the highest range electric car one can  purchase.

NEDC methodology shows 632 km of range for Model S, while more close to the real conditions EPA measurement is 335 miles – compare that to 315 miles of P100D Model S.

Model X 100D range is also quite impressive – all-electric large SUV is able to go 295 miles on a single charge. By the way, though both Model S and Model X 0-60 mph dynamics is far from breaking records, it still nice for the segment – 4.2 sec for Model S and 4.8 for Model X.

Good news are that we have already added Model S 100D and Model X 100D to the catalog in our mobile app – get it now and check the full spec list for both cars. iOS version: http://apple.co/2j6DLtK, Android version – http://goo.gl/uMqwOc. 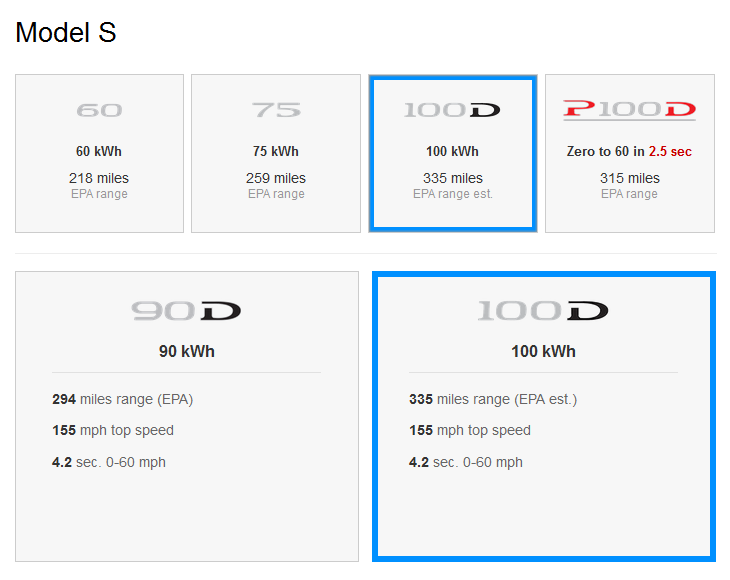