The new Autopilot chip is developed inhouse, unlikely the HW 2.0 where the Autopilot used Nvidia’s GPU. Tesla’s chip named Full Self-Driving Computer (FSD) is made specially for self-driving vehicles neural net. It was developed under the guidance of Pete Bannon, formerly working on Apple’s chips. 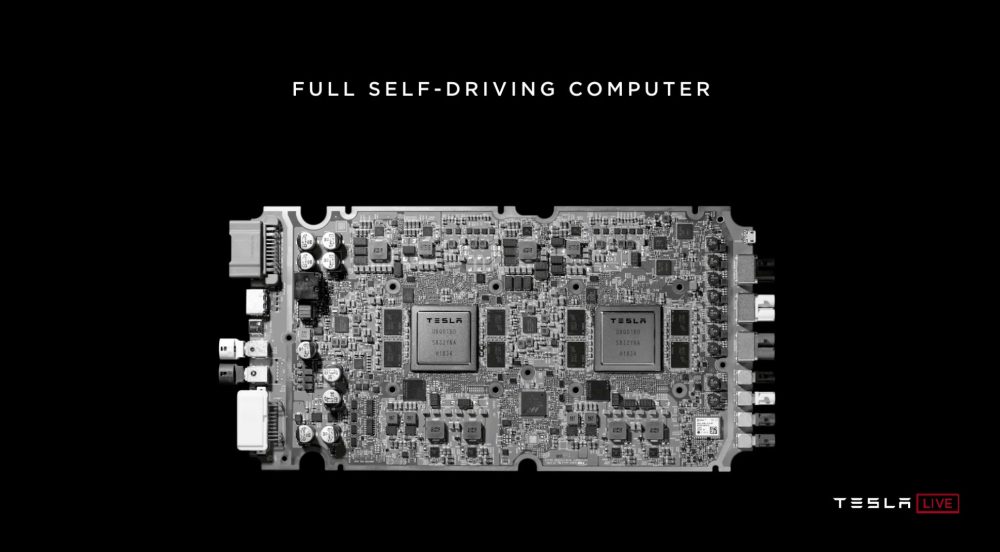 Noticeably, that Model S and Model X made after March 20, as well as Model 3 manufactured after April 12, are already equipped with new FSDs. In a few months Tesla will suggest the retrofit for cars, produced earlier with HW 2.0 and activated Full Self-Driving package.

Robotaxi ridesharing service is going to be available with a spread of fully autonomous Tesla cars. Yesterday, Elon Musk showed the Tesla app with ridesharing screen, and included some financial findings for Tesla owners who wish to bring their cars to the Robotaxi fleet. 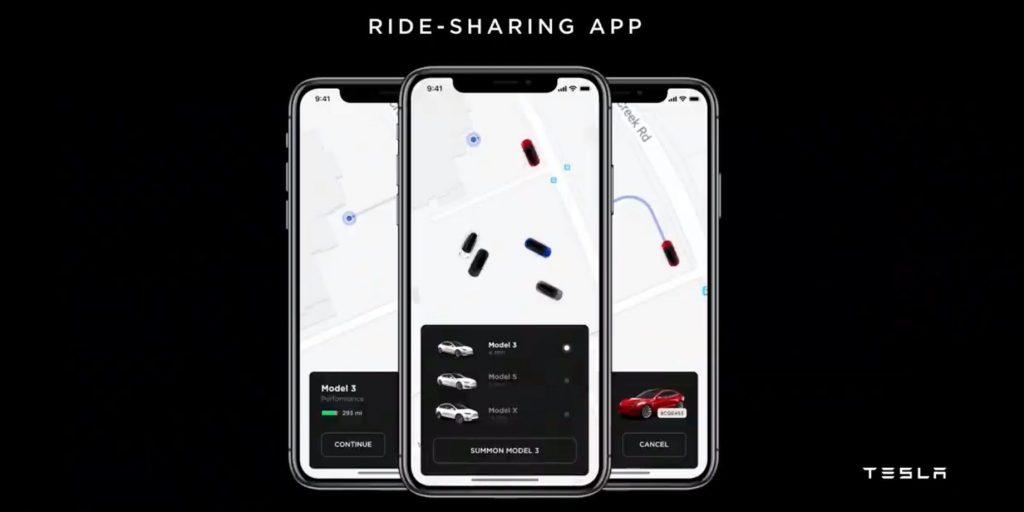 Tesla plans to launch Robotaxi as soon as next year – Musk believes the full self-driving software to be released by the end of this year, resulting Tesla cars to be able to drive without human supervision (and hands on the steering wheel) by Q2 2020. Afterwards, there will be no boundaries for Robotaxi launch except the legislation – however, Musk claims that it won’t be such a problem and promises to launch Robotaxi at least on one market next year. 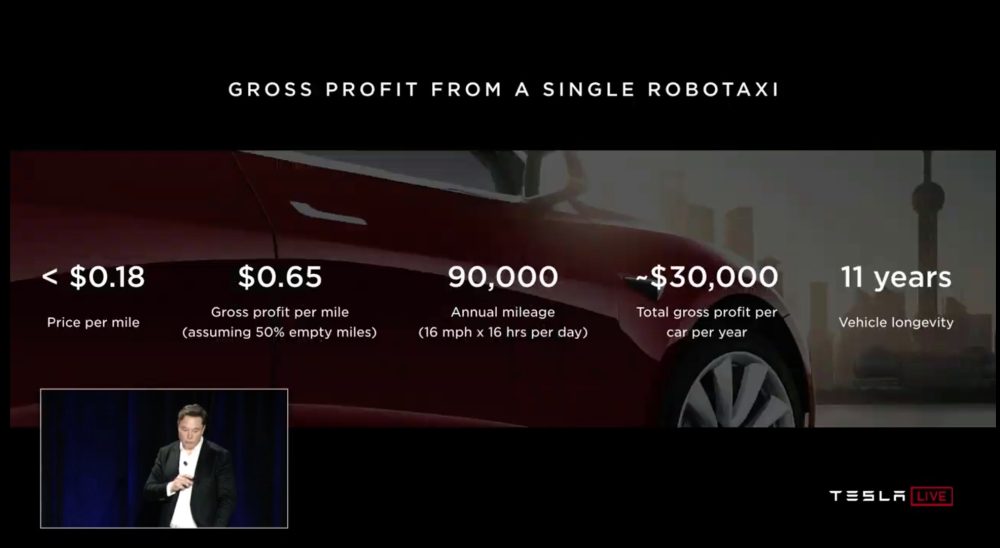 The Tesla app will allow summoning the autonomous vehicles for the ride, as well as suggest Tesla owners to put their cars into the fleet. According to Elon Musk, Tesla Model 3 may generate about $30,000 of annual gross profit within the network. Considering this and the plan to release about 1 million autonomous vehicles to the market next year, Musk suggests to “think hard” before purchasing any other car than Tesla, since it will be “financially insane”.