Updated Tesla Autopilot had been really improved in a firmware 8.0 – since the car is now using the radar to avoid accidents and detecting objects in a long distance at any weather conditions. However, a new firmware had also increased pedestrians safety – read further for details and video. 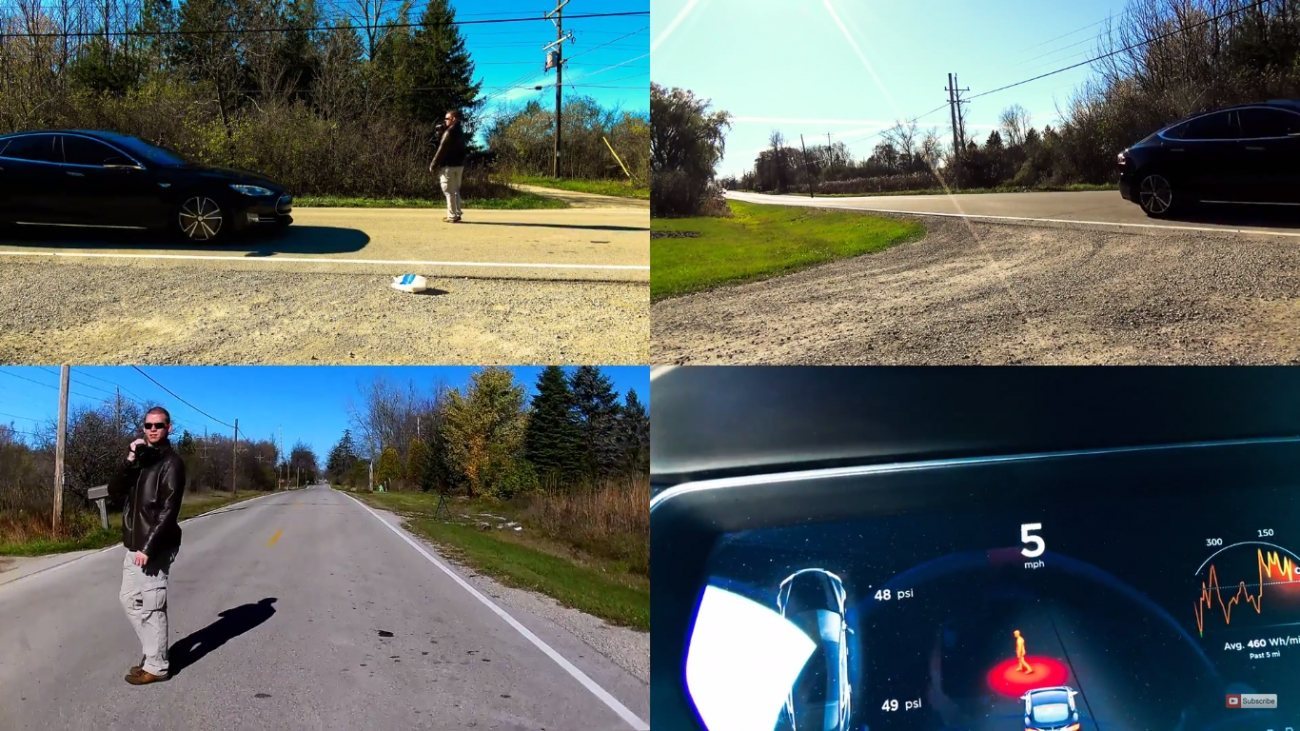 Youtube user and Model S owner from USA had personally put the Autopilot’s human detecting ability to a severe test (which we definitely do not recommend to conduct on your own!). Tesla’s aim was to detect a human standing in middle of a lane or crossing a road, while driving on Autopilot at speeds from 20 to 35 mph.

The Autopilot performed extremely well during each test – the car’s sensors detected a pedestrian in time and Tesla went to a complete stop even not activating the Automatic Emergency Braking system. AEB would have step into action if conditions were much more dangerous – for instance, if the distance between Tesla and a human were significantly shorter, or the car’s speed much higher. Though, the Autopilot’s ability to detect pedestrians at city speeds is undeniable, even when a pedestrian is coming unexpectedly.

By the way, tested Model S is made before October 2016, meaning that it has a first version of Autopilot hardware. It will be interesting to see how a new system would perform under the same test.

Here’s a video of an experiment: