‘Sensational’ is a word that perfectly describes a next-gen Tesla Roadster, according to everything we know about the car yet. It is applicable for performance specs (1.9 seconds of launching to 60 mph and over 600 miles of range), as well as for the way it appeared in front of public – just to remind you, a new Roadster was a huge surprise at the Tesla Semi truck presentation.

And recently there appeared several pictures of a Roadster in the wild – the vehicle was spotted on the streets of Malibu, driven by none other other than Franz von Holzhausen, Tesla Chief Designer.

You may see several pictures of the car below. Pic credits go to Chris Finck. 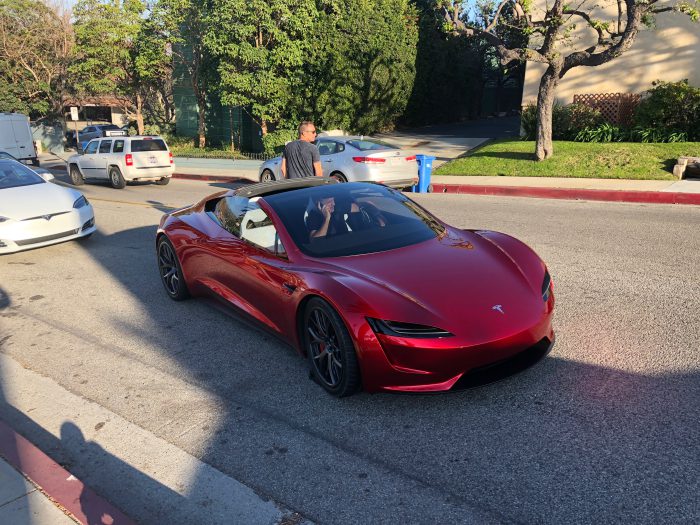