The car provides enough cargo capacity and city range, as well as obvious advantages of an electric vehicle.

A new generation of Mercedes Sprinter van debuted earlier this year and finally German automaker unveils the electrified version of the van, praised by companies and entrepreneurs all over the world.

Mercedes eSprinter has a cargo capacity of 1,000 kg in both specifications – cheaper one with 41 kWh battery pack and 115 km (71 miles) of range, as well as another one equipped with 55 kWh battery providing 150 km (93 miles) range on a single charge. 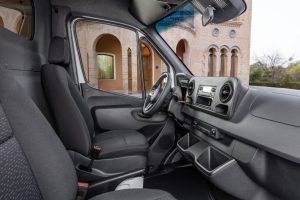 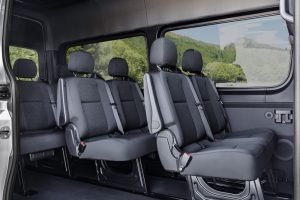 According to Mercedes-Benz, all-electric Sprinter will be produced in various versions – as delivery van and passenger shuttle. In both variants eSprinter owners will be able to save on operating costs, that are promised to be significantly lower than those of gas or diesel Sprinter versions. eSprinter price is not yet announced, however, automaker claims that it would be a little higher than for gas-powered Sprinter.