Dakar is undoubtly one of the most difficult world motorsport events. The 2017 9,000 km (5,600 miles) endurance race started 2th January in Asuncion, Paraguay, went through Argentina and Bolivia (with 3,600 m altitude stage, btw), and finally ended 14th January in Buenos Aires. Acciona’s electric racecar was the first out of 18,000 vehicles ever participated in Dakar to complete the race without a single drop of fuel or gram of CO2 emitted. 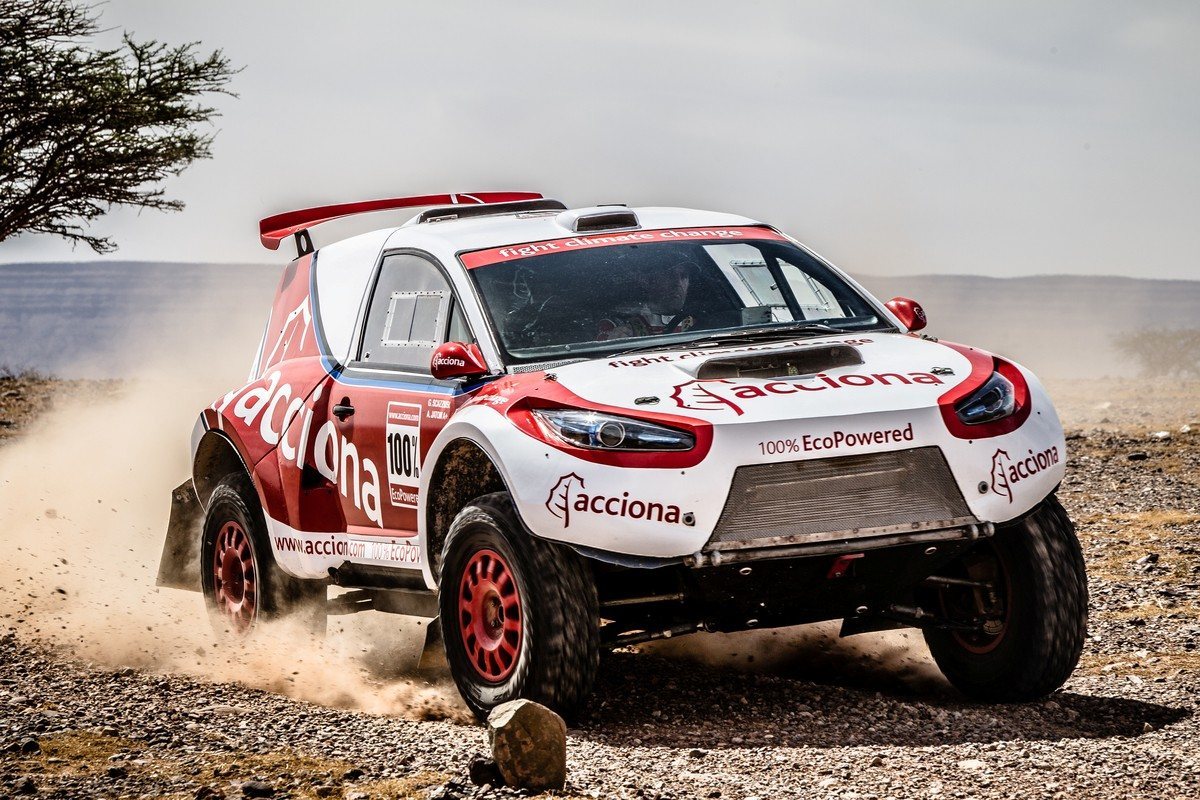 Acciona is a Spanish conglomerate developing renewable energy and performing infrastructure projects. They worked on their all-electric race car for about 5 years, building it specially for Dakar to prove that EVs are just as capable as gas-powered cars. 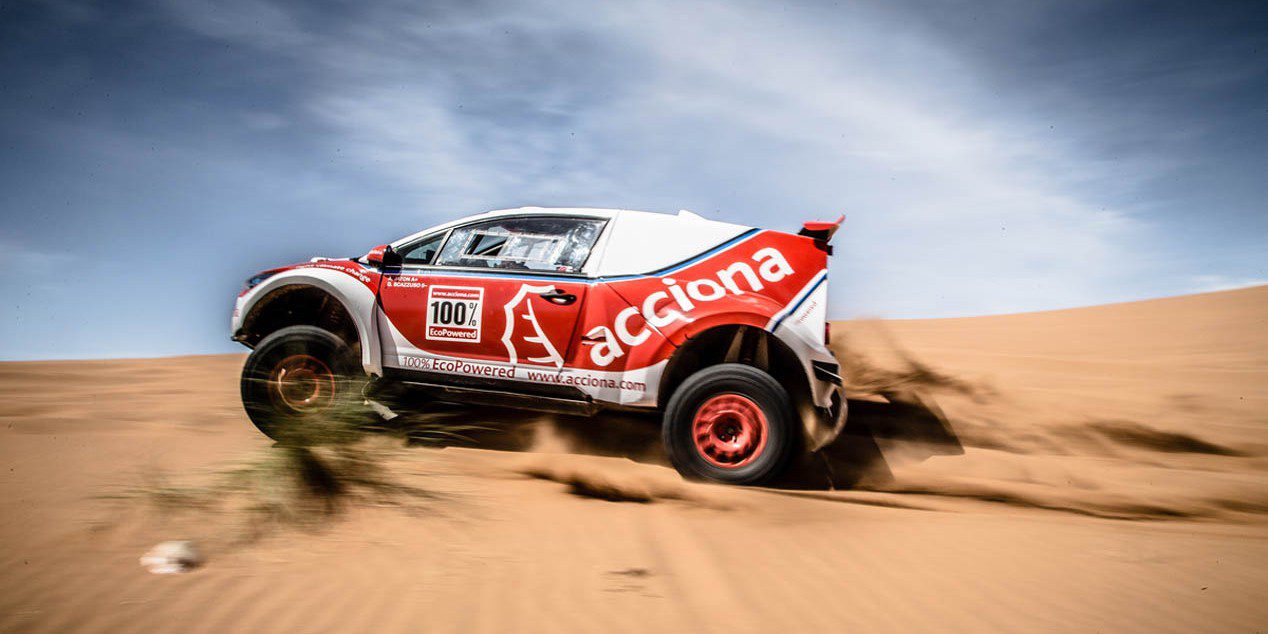 Acciona’s EV has a 250 kW (340 hp) electric motor, providing a solid 800 Nm of torque. Its battery pack consists of six modules with a total capacity of 150 kWh. Acciona is not talking much about the technologies, but in the past they claimed using ‘Tesla batteries’. 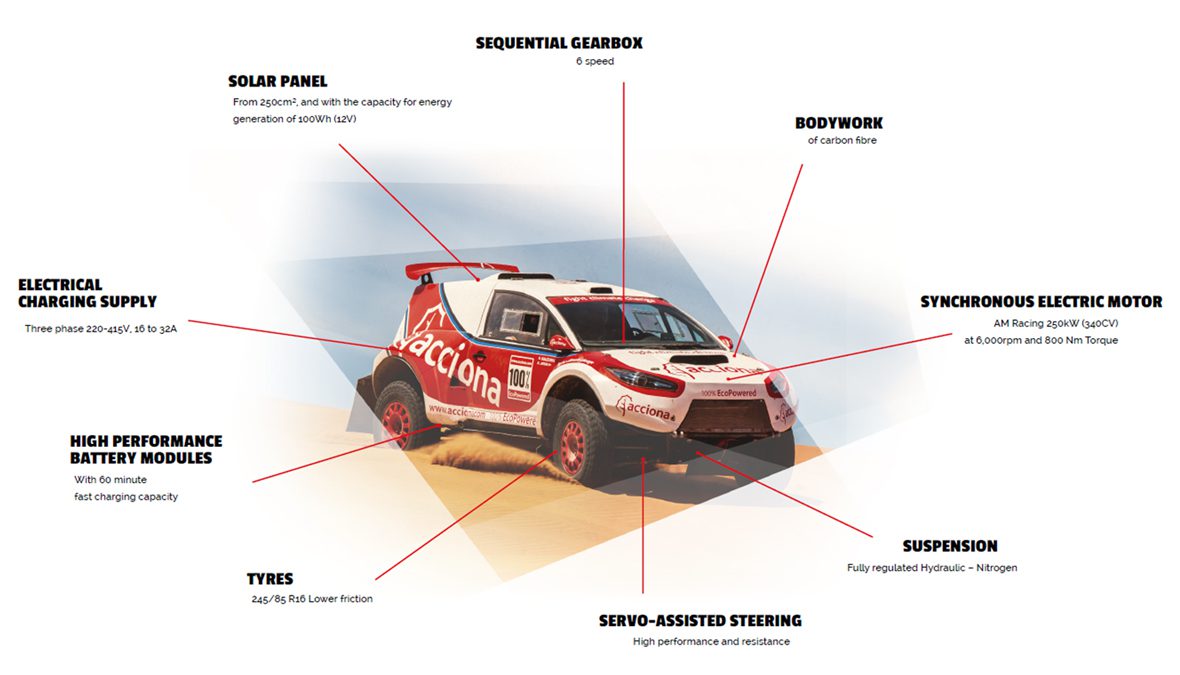 Each battery pack module can be charged independently to shorten the charging time. Moreover, the car is equipped with 100W solar panel. Acciona claims 60 minutes is enough for a full charge via a 3-phase grid. 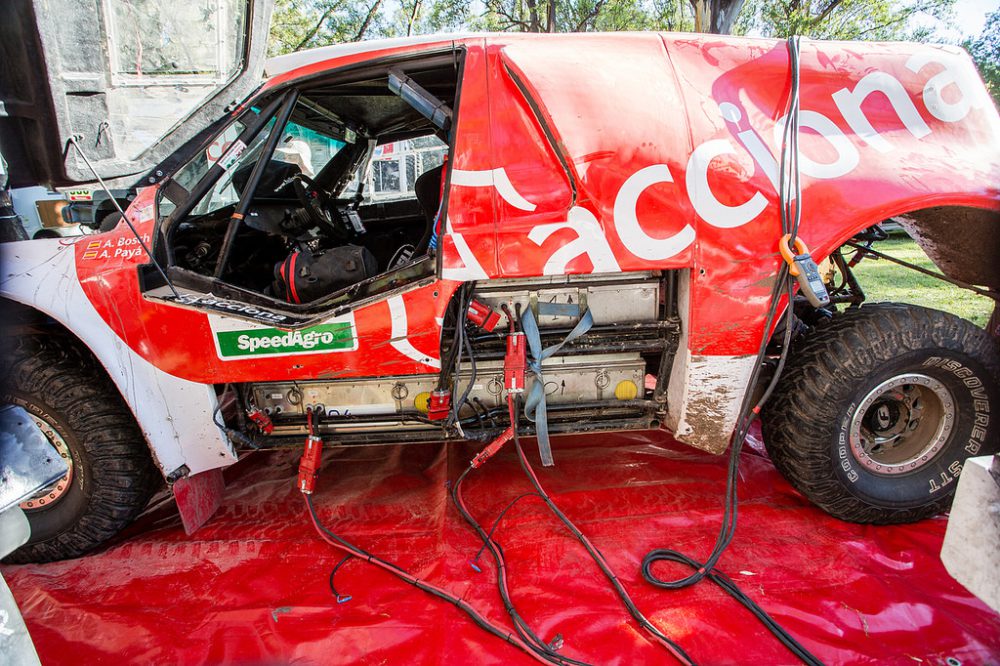 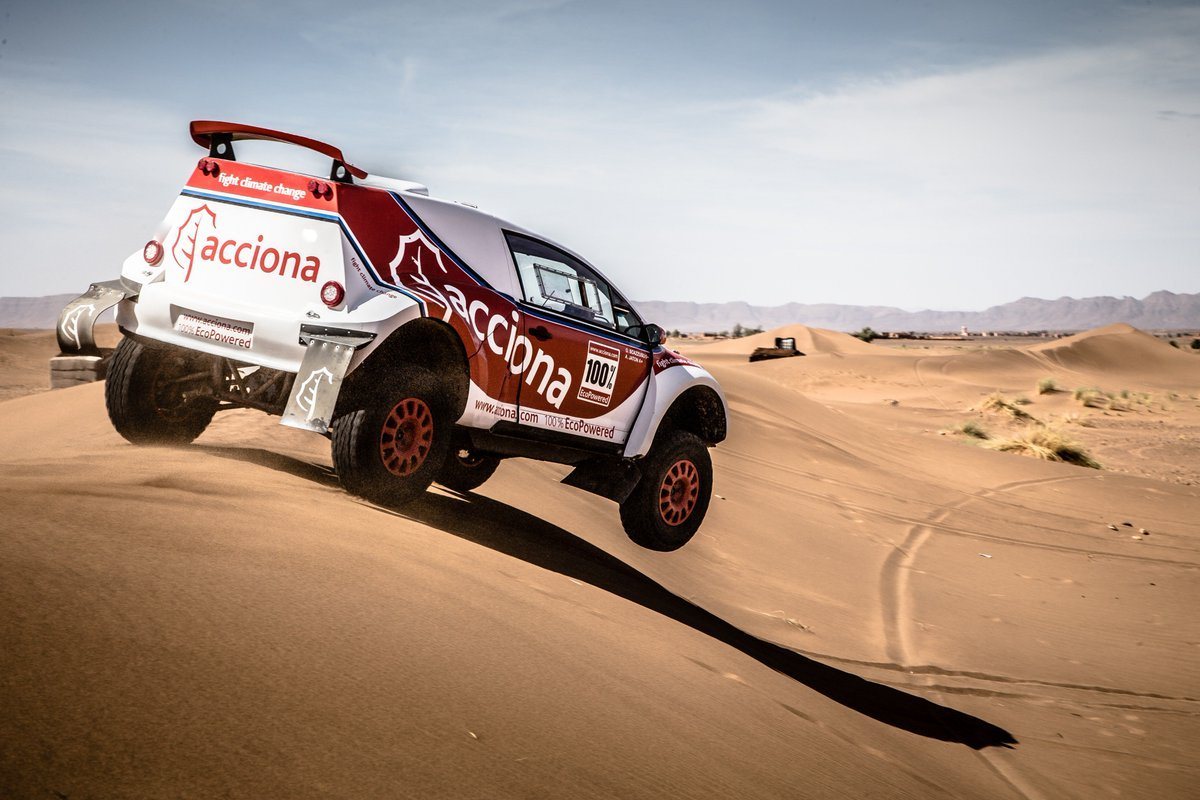 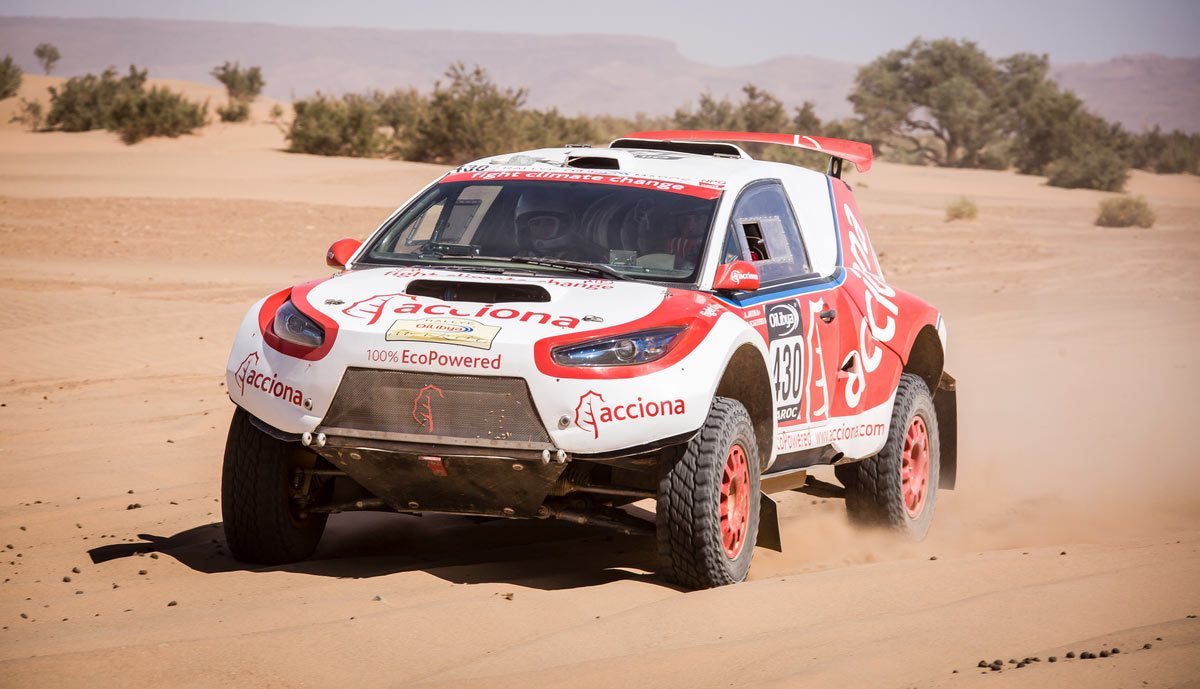