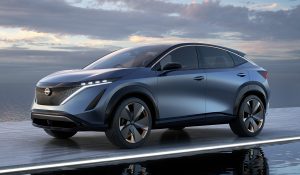 Nissan calls their Ariya a concept so far, though there is a chance this car is close to production – this electric SUV should hit the market in 2021 according to some rumors. It seems that the car should compete with Tesla Model Y, which is expected to become available a year earlier.

Nissan did not confirmed any exact specs yet. All we know is that Ariya should be equipped with two electric motors, be able to accelerate from 0 to 100 km/h in 5 seconds or less and travel approximately 480 km (300 miles) on a single charge. 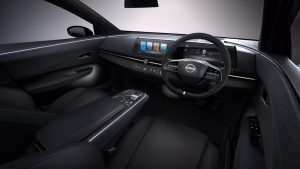 MX-30 is Mazda’s first all-electric car. This small SUV is already available for order in Europe. 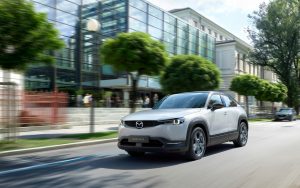 The electric car is equipped with 35.5 kWh battery pack allowing for a range of 210 km (130 miles) – Mazda claims this should be enough for average urban commutes. MX-30’s electric motor has an output of 142 hp and 264 Nm torque. 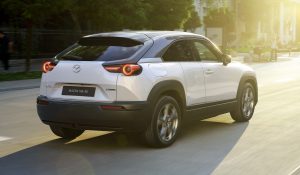 One of the most memorable MX-30’s features are rear suicide doors (almost like those on rotary-powered Mazda RX-8) with an abscence of a central pillar. 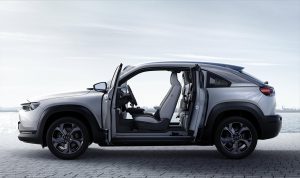 Mazda MX-30 preorder is already open in Europe, however, the automaker didn’t yet announced the exact pricing. First MX-30 deliveries are scheduled for next year.

Lexus concept-car is nothing more than Lexus’ designers will to create the company’s future – it’s very unlikely that such car will go into production, though, it does a great job showing off how future electric Lexus cars shall look.

However, it’s noticeable that LF-30’s press-release says Lexus is preparing for their first EV unveiling in November.