While it was initially planned to unveiled the i4 at the Geneva Motor Show, BMW had to make the online presentation since the show was cancelled. Here we tell everything we know so far about BMW’s first electric car made from scratch within last 7 years.

i4 body type reflects what BMW calls ‘gran coupe’. It actually is a 4-door coupe with sporty silhouette which is able to transport 4 people. Even though the car unveiled today is still a concept, BMW claims that the production car would share a lot with it. 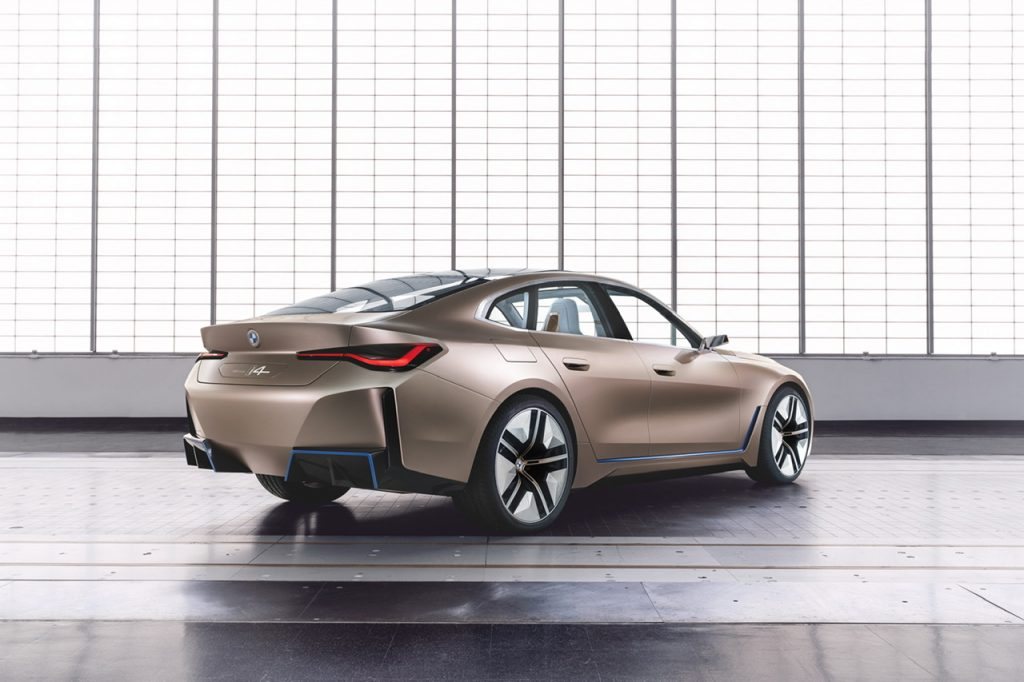 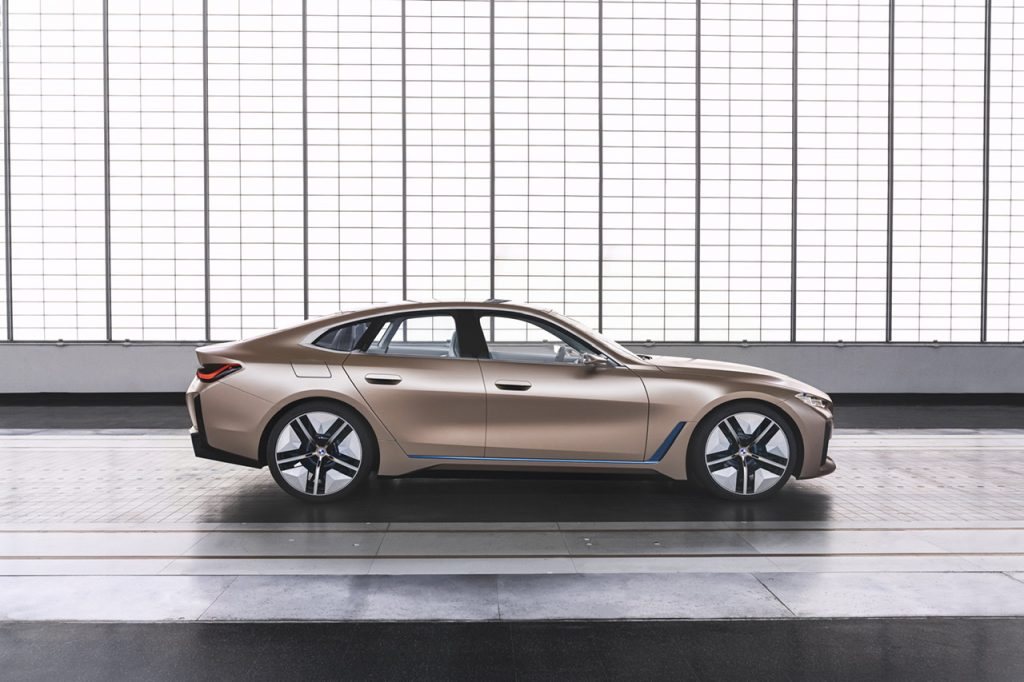 The interior design is made with a sense of comfort and airiness that is even more emphasized with a bright finish. The center of a cabin is a large touch display. BMW claims its interface to be available in three modes according to driving settings the driver may choose. 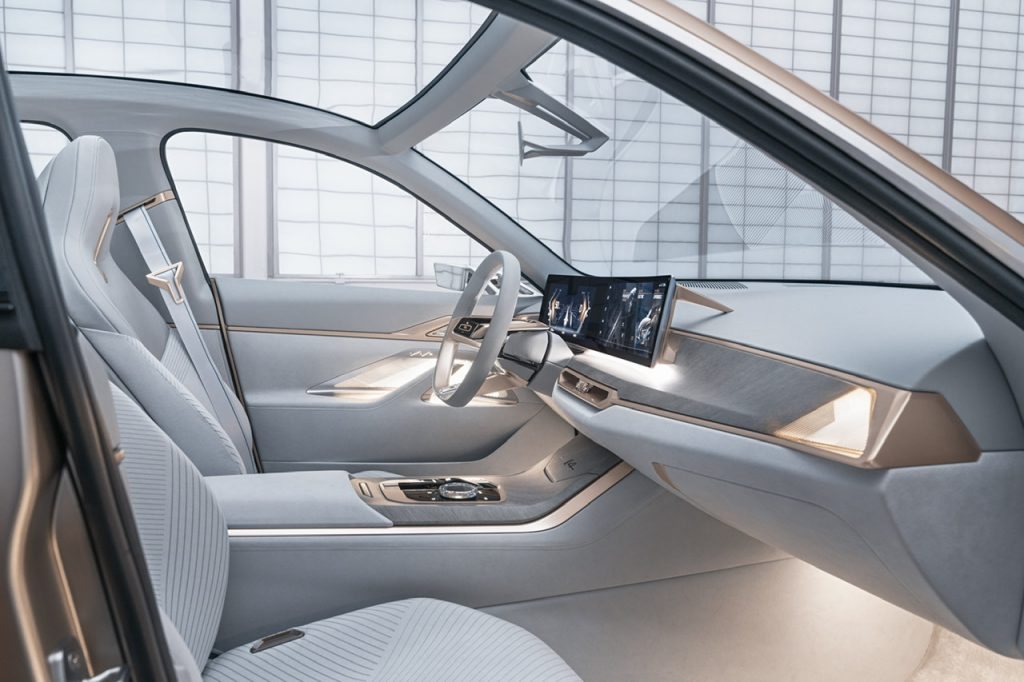 BMW didn’t reveal a lot about technical specs. As we knew before, i4’s planned range counts for approximately 600 kilometers (370 miles) on a single charge. The electric car will get a 80 kWh battery pack and 530 hp electric motor. 0-100 km/h (62 mph) acceleration would take around 4 seconds and the top speed should be over 200 km/h.

BMW i4 supports up tp 150 kW chargers. In such case it would take about 35 minutes to charge it from 0 to 80%. On average, each 6 minutes of charging should get you about 100 km of range. 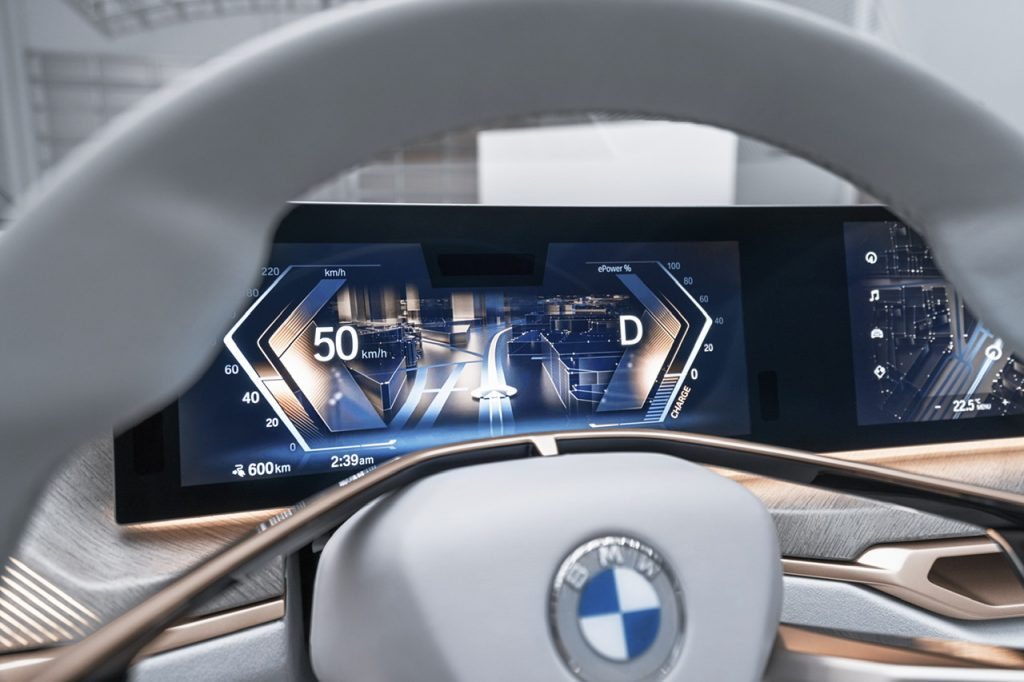 BMW i4 production version release is not scheduled yet. Though, BMW claims they plan to start production in 2021 at their Munich plant.