Former California governor is known for his love to huge and powerful SUVs – like Hummer H1 and so on. Mercedes G-class is undoubtly included to his list. However, Schwarznegger’s interests also lies in ecology and global warming area. Austrian company Kreisel Electric solved his issue by building an all-electric Gelandwagen. 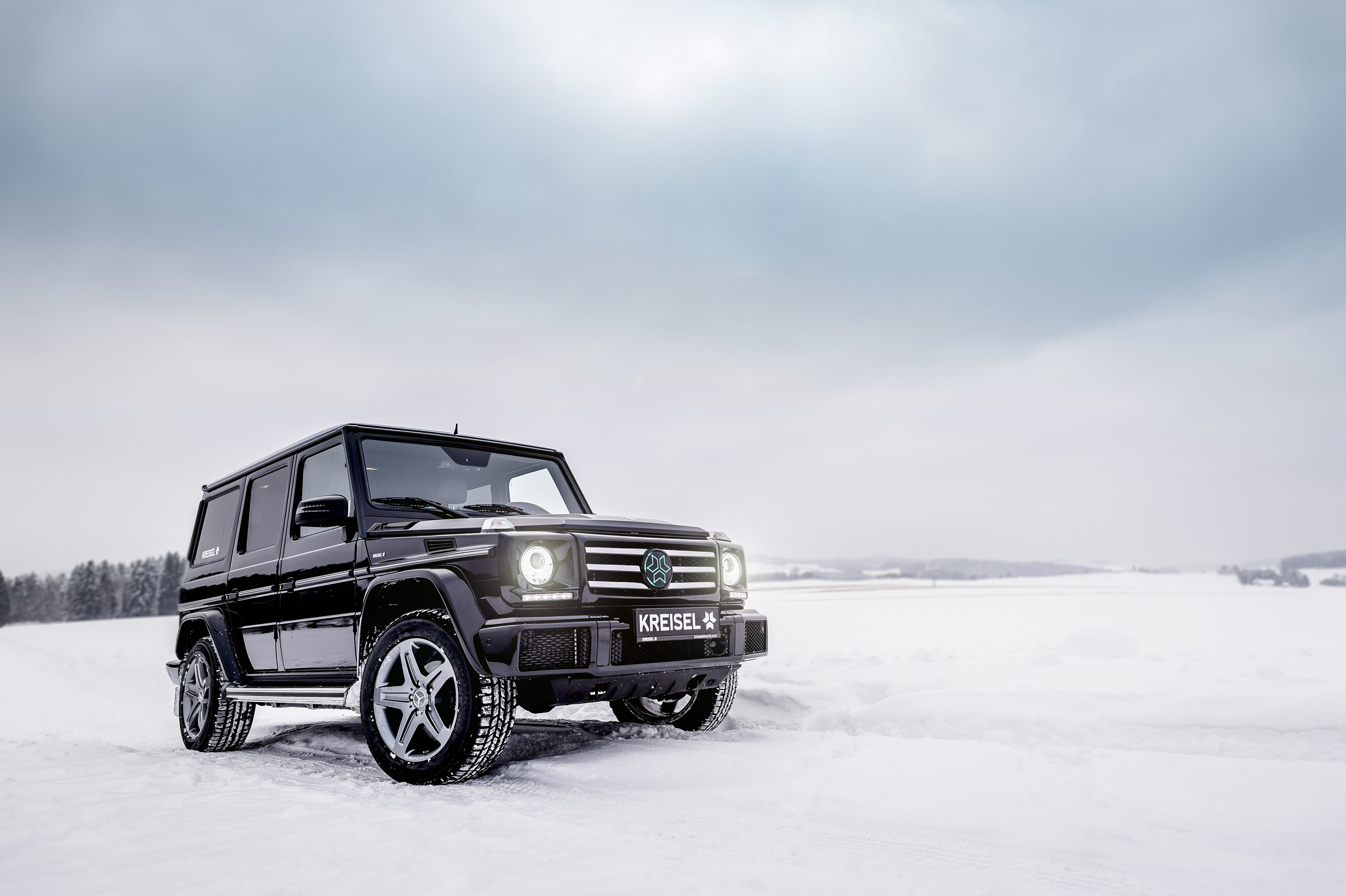 Kreisel is famous for converting well-known European cars into electric vehicles. Moreover, now they are in the process of building the EV battery facility and cooperate with major automakers on their green projects.

Arnold Schwarznegger’s G-class is equipped with a massive 80 kWh battery pack, allowing it for 190 miles (305 km) range on a single charge. The battery itself weighs around 500 kg and may be charged via 150 kW. 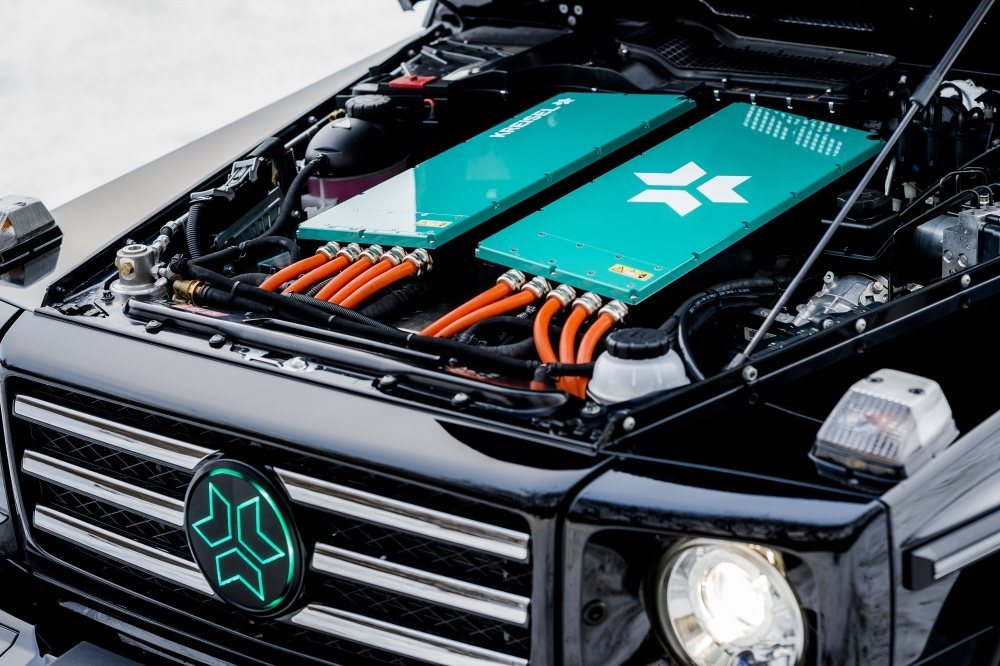 Standard G-Wagen dynamics is far from ideal (even speaking of crazy AMG version). But probably the most interesting thing is that ‘electrification’ made this car faster – 0-100 km/h (0-62 mph) takes 5.6 sec, which is about half a second faster than the standard G500 modification. Kreisel’s G maximum speed is 183 km/h – thanks to a powerful 490 hp electric motor. 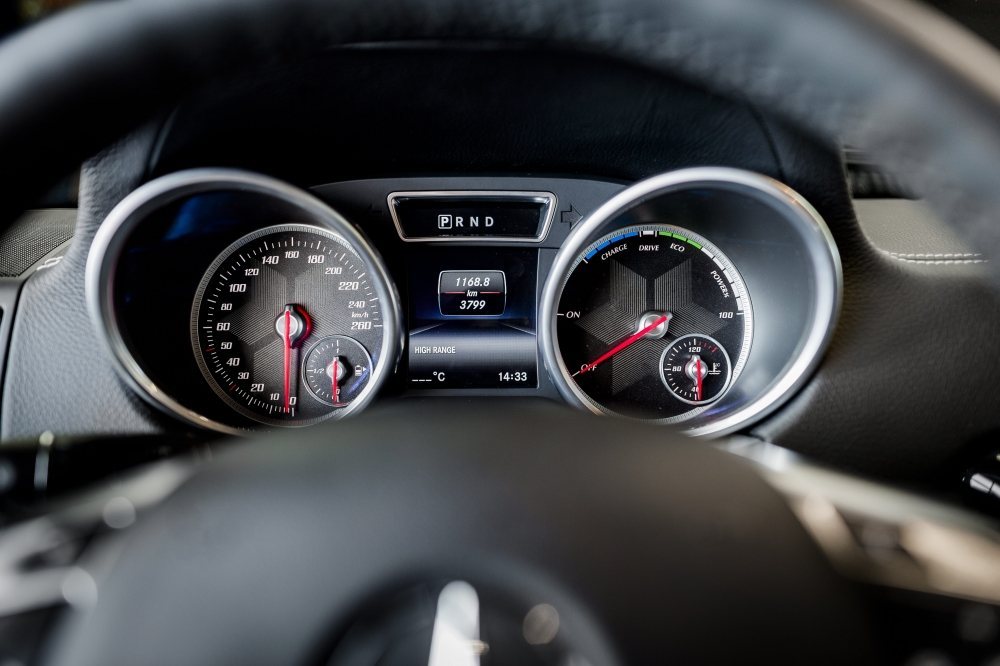 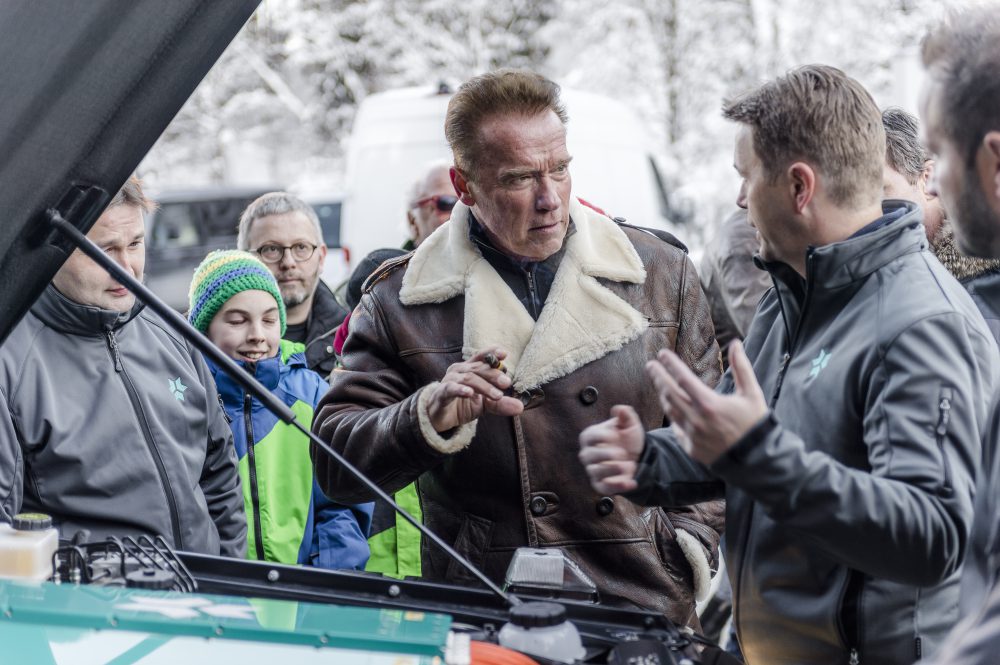 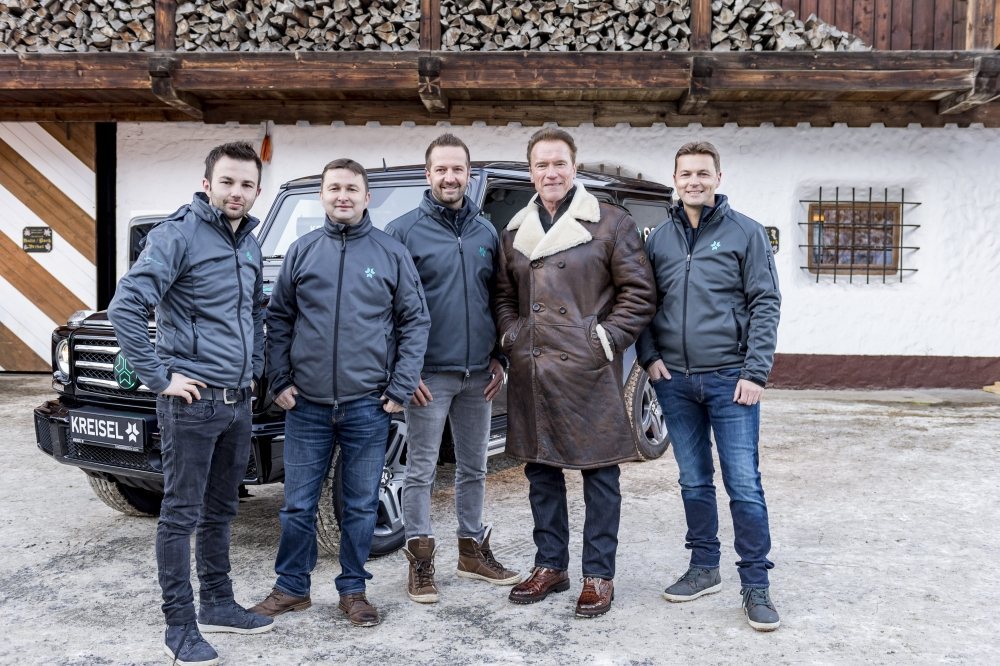