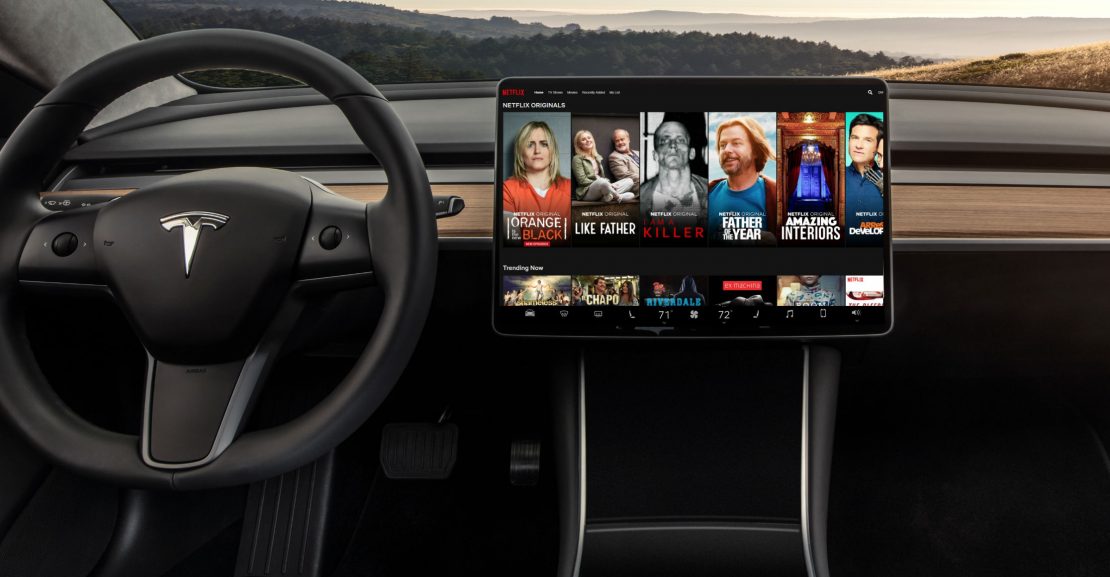 Those Tesla owners who participate in the early access program started receiving a new software version. Let’s see what will 10th generation of Tesla software bring us.

We are already familiar with Tesla Arcade – the company put some games into Tesla main screen a few months ago within software V9. Though, now there are more games (for instance, famous Cuphead) and it is possible to connect the Xbox controller.

Tesla Theater is yet another novelty, that was really long anticipated. The feature allows to watch movies and videos on Netflix and YouTube when connected to WiFi. Simply tap the Entertainment button on a main screen application launcher and choose Tesla Theater afterwards. Tesla claims to install WiFi hotspots at Superchargers so that Tesla drivers could make a good use of it.

Karaoke is one more feature to be installed with software V10. Unfortunately, it won’t show the lyrics on the screen when the car is moving due to safety reasons. It might have been an incredible feature for long family trips.

The dash becomes more precise with new objects support and the ability to read the road markings. Moreover, Model 3 owners are able to zoom and rotate it.

Here’s one more about the new software driving visualization: when the automatic lane change is active, the lane Tesla is moving into is highlighted.

When you enter the destination into the maps search bar, the autocomplete function will also show the estimated distance. Points of interest description became wider – now it includes customer reviews and rating, open hours, full address with postcode and phone number displayed when you tap on a point.

When the Sentry Mode alarm is activated the video shot on autopilot cameras will be automatically saved in a separate folder on the USB device. Those videos will be overwritten in case if there is a shortage of space on the drive.

Named after Tesla owner who asked Elon Musk for such feature in Twitter, Joe Mode lowers the volume of chimes inside the cabin for passengers’ comfort. The feature is vital for family trips with kids.

Now the car shows exact version of a software update you are about to install. You can watch the progress bar when the vehicle screen is active.

That’s not all updates software V10 is expected to bring. We will keep you updated with new cases and features.