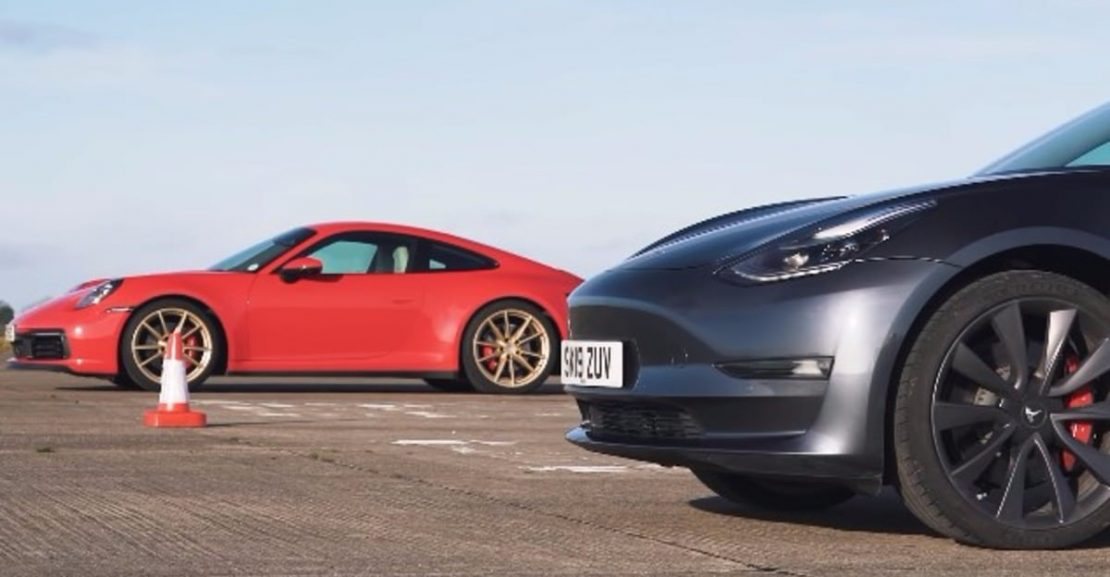 The Carwow Youtube-channel team managed to compare two vehicles by putting them into a series of three tests: a 1/4 mile race, 50 to 110 mph roll-on race and braking from 70 mph.

First test consisted of three races, one of which was won by Tesla with a result of 11.8 seconds vs 12.1 Porsche showed. However, races #2 and #3 were won by 911 with 11.5 and 11.7 respectively, while Model 3 finished with 11.8 in all races. By the way, a great indication of an electric car’s stability of performance.

The second test was conducted with two trials both of which were after Tesla vehicle. Thanks to its immediate acceleration, Model 3 got from 50 to 110 mph much faster than the Porsche, even though its PDK transmission works extremely quick. 911 managed to catch up only after 125 mph because of higher top speed.

Finally, the third test showed very close braking performance – both vehicles stopped at almost the same place. Again, that’s a chance to congratulate Model 3 with great brakes which would fit a sports car.

Check the full video at the Carwow channel: