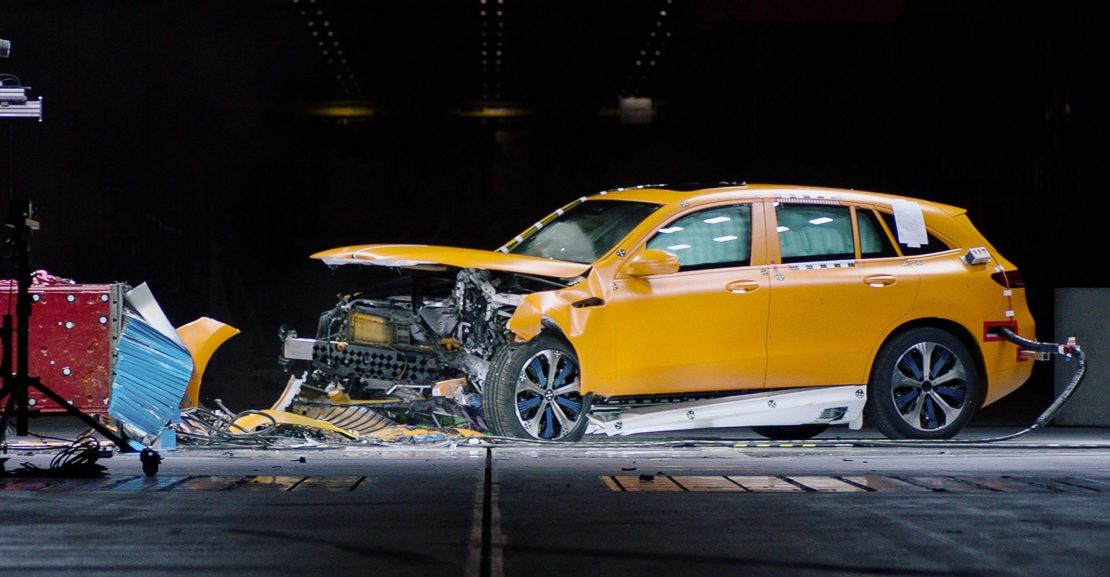 Mercedes-Benz works on the EQC production launch. Certain attention is paid to the vehicle’s safety and internal crash-tests in Mercedes’ testing centre. Recently the automaker shared the results of first tests, published the video and explained the technology behind the EQC safety.

Mercedes engineers claimed that there are certain features and technologies that allow to provide the advanced level of safety for EQC passengers. For instance, they talk about the following:
– the absence of a big and heavy engine in the front allowed to place a subframe capable of high damage absorbtion;
– the battery is surrounded by a robust frame and the deformation elements between the frame and battery pack absorbing the destruction forces in case of an impact;
– the front guard prevents the battery from being pierced by an obstacle;
– the high-voltage system can be shut down automatically. Depending on a severity of an accident, the cut-off may be reversible and irreversible;
– the charging process is automatically stopped in case of an impact when the vehicle is stationary with charging connector plugged-in;
– a special attention is paid to the battery’s behavior under impact, including the overheating and overloading.

There still is no data on worldwide crash-tests standards results for EQC (for instance, EuroNCAP).