The technology is based on the engine module (FIG.1 at the illustration below) that consists of an electric motor and the reduction gear. Modules will be installed on each wheel while being managed separately, opening wide opportunities for torque vectoring. 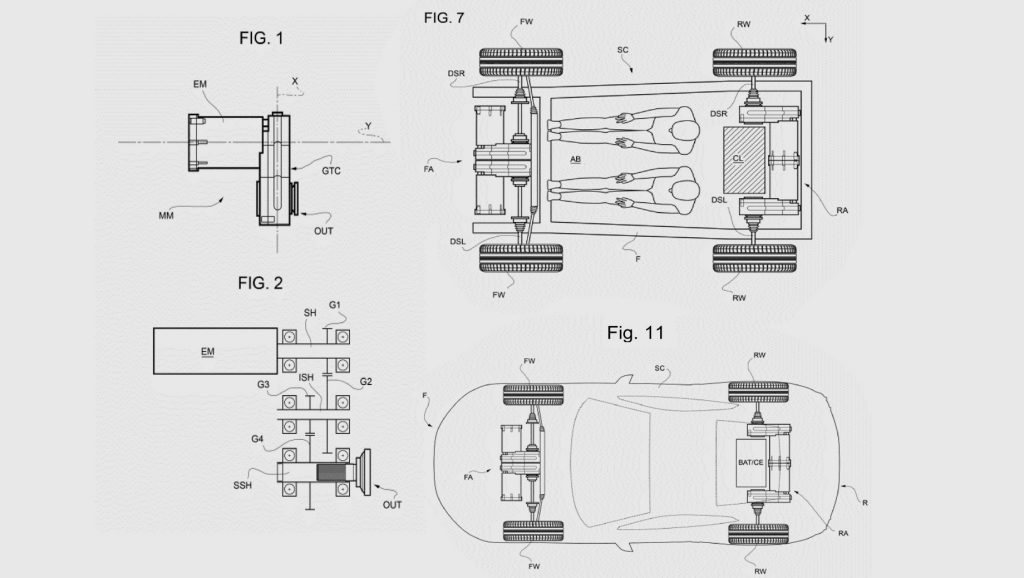 In all-electric configuration the space behind the seats is used for the battery pack, while in hybrid configuration it fits the gas engine and a smaller battery.

Another interesting feature is the possibility to equip the car with single-speed transmission or small two-speed (or more) gearbox, allowing the quickest possible acceleration and the highest top speed as well. One more promising thing is the possibility to take the battery off the car quickly: probably, Ferrari may use it in racing.